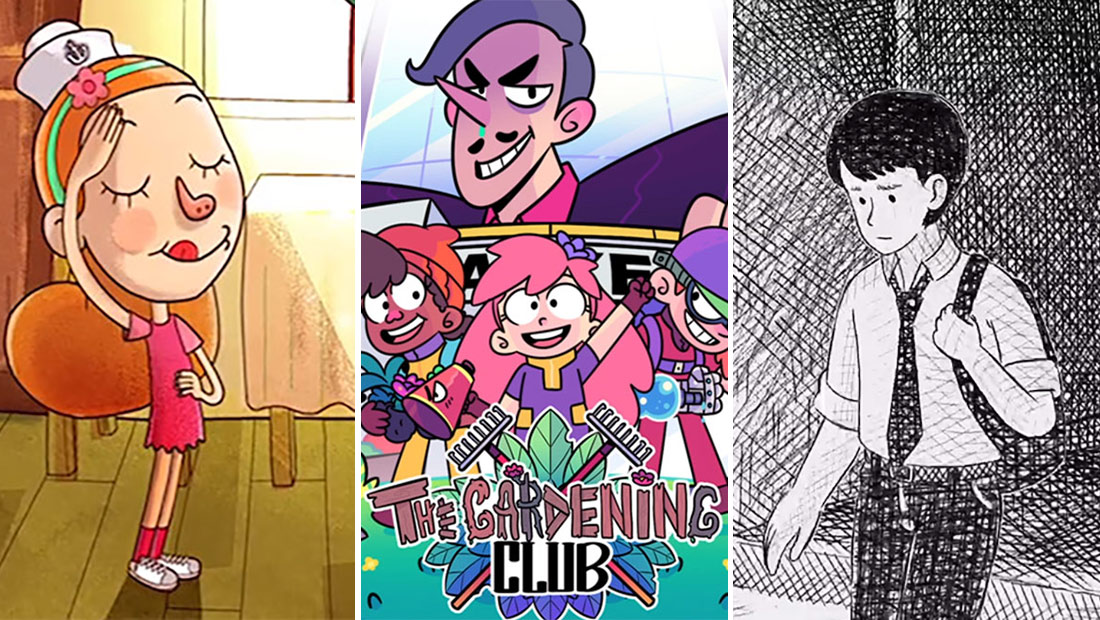 A trio of nine-year-old children defend their city’s green spaces against an evil real estate developer. It looks like Apple TV + Central park for young ‘ones. Which sets The gardening club outside of the legion of series for eco-conscious children, this is the extent of its militant message.

Our characters engage in “guerilla gardening”: a form of protest that involves planting greenery in abandoned sites. Olive, the protagonist, carries a megaphone; she and her friends organize sit-ins and mobilize their neighbors against the plans of the real estate mogul. As the climate crisis becomes more urgent, so too will the tone of children’s programming. Here’s a harbinger of that.

The premise is a bit convoluted: A retired fisherman, near death, sets out on a bucket list quest to find the sweetheart of his youth, accompanied by his eight-year-old granddaughter (whom he just recently to meet). It’s rare to center a children’s show on a decrepit old man, but there is potential here for a touching story about the bonding between the generations.

The pitch was visually richer than most, containing an animatic, model sheets, and plenty of concept illustrations. The design is elegant and compatible with Cartoon Network. Attractively, the tale takes the form of a journey through Chilean places, starting with the docks of San Antonio where the fisherman resides. This project, whose title translates as “secret (hi) stories”, stands out from the line-up by its melancholy tone and mature subject matter. The plot hasn’t been explained very clearly, but seems to focus on a father and son, whose relationship is used to explore two eras: modern times and the Pinochet dictatorship.

Pinochet’s military rule is recent history in Chile and its painful legacy haunts many of the country’s animated works, from experimental feature film The house of the wolf to the Oscar-winning short Bear story. From the eponymous graphic novel, Underground stories has the makings of a sensitive family narrative on a heavy subject, beautifully rendered in densely hatched monochrome designs.